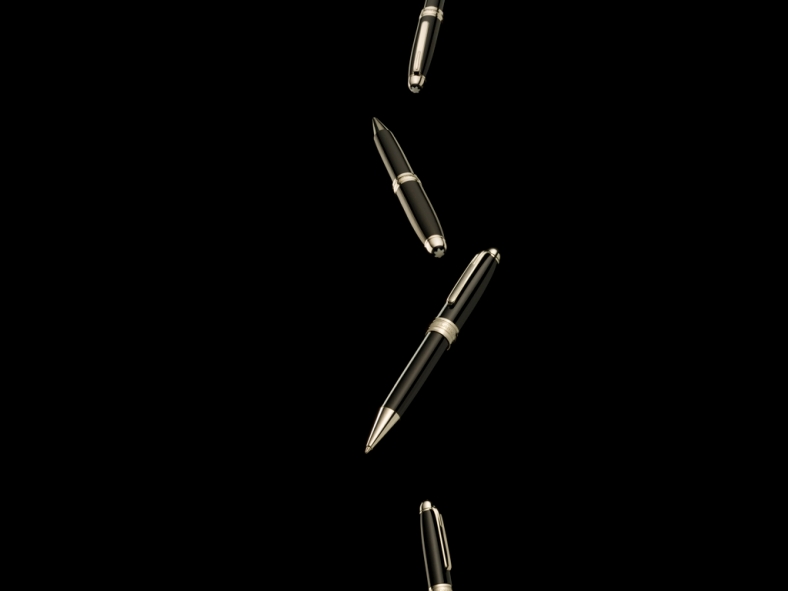 For those that may be interested in the current writing projects that I’m working on, here’s a quick update.

At the moment, I have three projects I would consider myself to be actively working on, and while they’re all big, my level of investment on them can vary quite a bit.

Most relevant to you is probably my second short story anthology (the first of which is self-published and available on Amazon). To give some insight, this new book is the same premise—about two dozen short stories written across all of my universes from Nacre Then to Spear Gate to Lisa Stenton—but these new stories are from 2017-2018. My first book was pretty much published to be a collection of the first stories I ever wrote, and as such, I barely edited them at all before compiling them into the anthology.

This new book, I would say, is different in the sense that I’m setting it up to be a solid set of good shorts. (This is all the best stuff from those two years, after all.) This means that the stories need edits, and in a few cases a solid rewrite, before they’re ready to be shown to the world. Obviously it’s a lot more work, but where the first book was intended to be a proof of concept, I hope to publish this one with a true sense of pride (and excitement!) for sharing some of my best stuff to my friends and family. Suffice to say that the list of works has already been put together, and several stories have gotten edits, but I’m only about a fourth of the way through the full process.

My second project is the Lisa Stenton play I’m still working on. I have the first act done, and a rough outline blocked out. I don’t expect that the manuscript to this thing will ever end up anywhere, but I feel her story needs to be told, and I haven’t written a singular full length piece in far, far too long. I’ll provide updates as it progresses, but in the meantime, we’re slow going on that one. I do, however, fully expect the full first draft to be done by the end of the year.

The last project is also a collection of short stories, but for a completely different purpose. The passion project I’ve been a part of for nearly a year now has been making really good headway, and we have plans to implement a way to monetize our world soon! I’ve been pretty tight lipped about it because the things I would like to be sharing would end up being the things we’re trying to monetize, so it would be counterproductive in that sense. Suffice to say that I hope the short stories I’m setting in that world to be a regular incentive for the audience we’re drawing in! I’ll also say that I’m already really proud of some of the work I’ve come up with from this project. It’s some of my best work in a while.

All of these things feel like slow going when I’m counting it by days, but at the very beginning of 2019 the only aforementioned thing hat had any relevance was the second anthology, which, while it was always on my radar, hadn’t even been put together yet! In another six months, I hope all three of these things will be done and finished (though the third will hopefully be an ongoing process).

Stay tuned, for there is always more to come.

You may or may not have realized that I’ve been really bad at posting regularly the past few weeks. The Sunday fiction posts are almost always posted a day late, and the last two posts were missing entirely, including the most recent Thursday post.

Some of it is genuinely my lack of time. The last day I had any amount of free time to really work on anything was Wednesday, and I spent it relaxing (which, I’ll add, I do not regret). But coinciding with that is the fact that the free time I do have I don’t want to spend writing. I’ve said it a thousand times, but its relevance bears repeating: I don’t actually like writing, I like having written.

Having said that, I think it’s time to, once again, shorten the amount of output the Daily Dose has, at least for a little while. Of course, this isn’t the first time this has happened on my blog. It certainly won’t be the last. When this happens, I don’t like forcing myself to write subpar content, because not only does it feel bad, but it reflects poorly on me when anyone reads something I post and is disappointed in the quality. I’d rather just post less and make each post worth reading.

To put in a bit of perspective here, I have eight writing projects I’d like to be working on right now. Two of them are large scale, two are short stories, two are little personal projects that will never be posted online, and two are other, miscellaneous stuff. Ignoring the large projects, I’d tally the other stuff to be about 7,000 words. And I’ll be honest—I’d rather do the large projects than any one of the other ones (except maybe the D&D Dialogue I haven’t finished).

So, I’m just going to, discreetly, push those standalone short stories off my plate and into the trash. Prioritizing them is a waste of my time, especially when I’m thinking of it as an obstacle to climb before I can get to stuff I’d rather do.

I usually write posts like this with an air of defeat and shame. That I’m not good enough to do what I used to be able to. Not this time. It would be unfair to say that I’m taking a break from writing, or that I’m just being lazy—next week I’ll be going to school and work full time, and though The Wave™ isn’t as huge as my initial predictions, I certainly expect to be more busy than I am now.

What I’m going to do, effective today, is post twice a week: a ‘Me’ post (like this one) on Mondays, and an anything post on Thursdays. It could be a Review, a short story, another ‘Me’ post, whatever. That last one will probably end up being the most common, but who knows.

I don’t know exactly what the next few weeks will bring, but whatever happens it will be productive and efficient—just the way I like it. 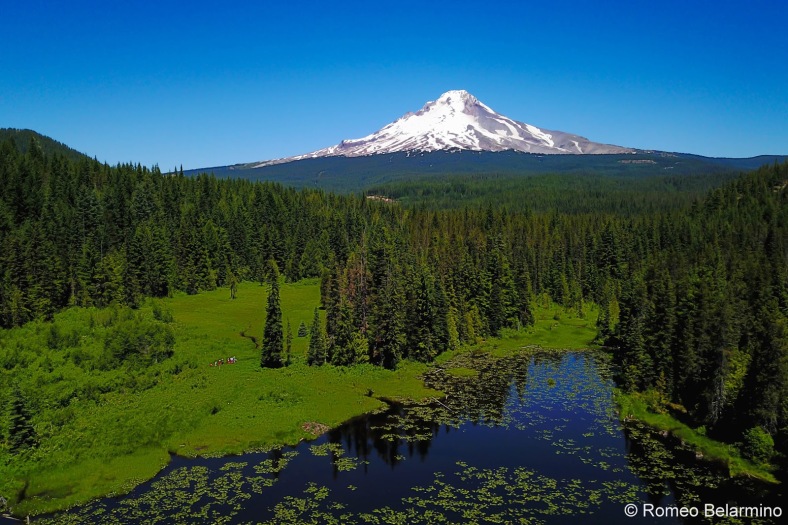 Well, here we are. I’d like to thank the academy for this astounding accomplishment. Spring 2018 semester is over. The Summer (and hopefully my penultimate) semester is fast approaching. I have big news (for me), too. As I’m writing this, I’m sitting in my friend’s apartment in Oregon, after having flown for the first time in seven-ish years. This is the first “vacation” I’ve ever had to myself, but I’ll get to that.

Alright, I finally have some blog news: I will be resuming the weekly fiction portion of my blog! Every Sunday I’ll be posting a flash fiction based on an image writing prompt. I intend to also record them and upload these videos to YouTube around the same time they post to my blog, but we’ll see. I don’t intend to be posting chapter excerpts of anything, though. Just the weekly flash fiction. Plus, that way, you won’t need to have read anything else of mine to enjoy them.

As for writing plans, well… that’s why I’m only posting one thing of fiction a week. I’m still not really devoting any effort to any larger project. Lisa Stenton has once again found herself in a muck of irreconcilable conflicts too large for me to enjoy writing her stories. I just… don’t know how to make technology and urban fantasy marry without copying other writers or making it stupid, and frankly it’s hard to hit the exact right chord I was going for with her stories. I think “The Last Laugh at the Lake of Lava” was pretty good, though. Spear Gate’s new outline is still on the to-do list, but it’s honestly not that interesting to me anymore. ‘Cause, you know, that’s what new writers do. We love something until it’s hard and then find a new passion project. So, as for now, still no bigger project. Oh well.

Lately I’ve been playing almost exclusively Heroes of the Storm and World of Warcraft. Less so HotS because I’m kind of burnt out on it, but I did calculate that in about 600 games (or about 200 hours) I’ll have reached level 10 with every hero in the game. Problem is, all the heroes that are under that cap are because I don’t enjoy them much. So instead I’ve been playing WoW, mostly as a way to pass the time while I listen to podcasts.

Speaking of podcasts, I’ve finally caught up on Story Break! This means I’m caught up on six of the eight podcasts I’m interested in. After that I intend to listen to podcasts I have no hope of being caught up on. Ones that have hundreds upon hundreds of hours of content. I also have some unread audiobooks on my phone, so I still need to dive into those.

As I said, the Spring semester is over. I’m almost done getting two Associate’s Degree’s though. I just need about six classes total, so that’ll be great. I have tentative plans for what I’m going to do after, but nothing concrete. So after the Summer and Fall, I should be done… ish.

Okay, so Oregon. I’ve only been here for about 18 hours as I’m writing this, and roughly half of that has been asleep, but oh my gosh. So many trees. Living in So Cal means that I’m used to sky lines being rocky mounds of… you know, rock. But Oregon is swarmed with trees, I’ve never seen so much green in my life. There’s just… so much. It’s honestly pretty much the same (it’s less than a thousand miles, after all), but at the same time, so different. I’ll talk about it more later.

One thing I didn’t account for on this trip is the fact that I’m introverted. Being around friends for nearly 72 hours straight is… well, let’s just say I’m tired and it’s taking a lot out of me. I want to have fun, but it’ll be a struggle to keep my mental energy running for that long without burning out.

Also, the Tuesday and Wednesday blog posts will be late. I won’t be back home until late Tuesday night.