It’s been a while since I’ve played a traditional turn-based RPG. I mean, my favorite video game ever is Dragon Quest VIII, which was released over 13 years ago, and I honestly haven’t played many games in that genre since. (Dragon Quest XI still has no western release date, but it’s on the agenda.) So here’s a (mostly) spoiler-free review of the game!

So when I got my hands on Battle Chasers, it was like an itch that hadn’t been properly scratched in a long time. The last JRPG I’ve actually put time into is probably the original Suikoden, and it’s been several years. Now I didn’t know much about Battle Chasers going into it, I just knew that the art was cool and some online people I enjoy praised it. When I found out it was a turn based I was delighted.

This game was just a blast from start to finish. The opening cinematic(s) did a great job establishing the personality of each of the characters, and it did some interesting role reversals that were cool to see. As I played it, I found that the game really had everything I wanted: a meaningful progression of power (leveling up is really impactful to the experience), a sense of exploration, rewarding the player for being investigative, a clear sense of what being a completionist would entail (meaning “what can I do to see all there is to see?”), and challenging them with optional puzzles and quests.

This game was also a lot longer than I expected it to be. It took me 45 hours to beat it 100% (not New Game+), and if I had the time I would have no qualms with going through it again. New Game+ is cool because, while it isn’t necessarily “harder”, you can much more easily get Legendary quality gear and feel powerful, even if the monsters you’re fighting are 6 levels above you (when the maximum level is 30).

My favorite thing about this game was that it had time to put in lots of unnecessary things. All of the dungeons are randomly generated, so the puzzles you see the first time will be different when you revisit it. (This is a double-edged sword I’ll get to in a moment.) It has lots of side quest type things that feel rewarding. There’s also lots of cool lore books that are interesting reads, and the narration in general can be pretty sassy. 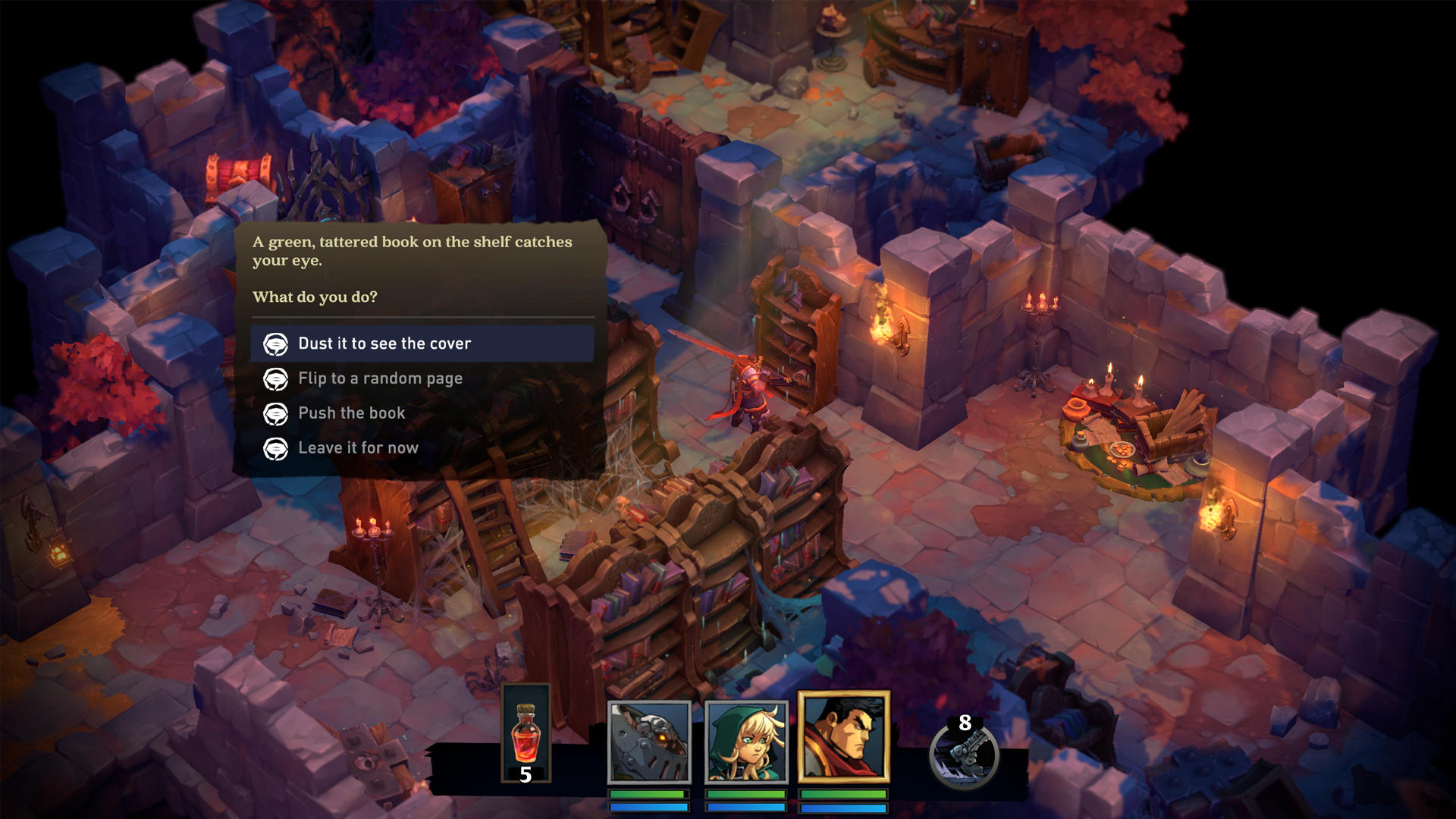 Ex: The game gives you an option to throw money down a well. When you throw 1000g in (a good chunk if you’re about a third of the way through the game), the narrative replies with something along the lines of “You have enough gold to feed an entire village for about a month, but you decide it’s best wasted by throwing it into a well.” It’s neat because this game very much adopts the philosophy of “just because your character can do it, doesn’t mean it’s the right choice to make”. A lot of the game actually seems to be modeled as a Dungeons & Dragons type adventure.

I do have two problems with the game, though. The first is that it can be somewhat unclear with the consequences of something. When you find an artifact, the game makes a big deal telling you that they’re valuable, which implies you should keep them, even though you have the option to sell them for a different type of currency. What it doesn’t tell you is that this is literally the only use for artifacts. They’re meant to be sold. Don’t hold on to them. What’s more, some of the optional bosses can be encountered accidentally if you’re “adventurous” enough, and there’s actually no way to know the power level of what you might be getting into. (There’s a mini boss in one area that’s four levels higher than the monsters inside, and he has a passive of reducing the party’s healing by 50% when you’re fighting him. He’s no joke!)

By far my biggest gripe with the game is how the “random” tiles in dungeons are placed, though. There’s a random encounter in the first dungeon with a skeleton, and you can choose to help him or refuse. If you refuse, he attacks you. If you help him, you can find him (randomly, again) in a later dungeon, and he attacks you there. Here’s the problem. Neither of these events are guaranteed to spawn in either dungeon. And what’s more, you have to do the first dungeon at least twice in order to take both options, because in both instances he’s a unique monster. So in order to fight every monster, you have to do it multiple times. The worst part is it was bugged for me, so I couldn’t go back to the first dungeon to fight him after I helped him in my first runthrough. So I had to do New Game+ in order to complete my monster book. This is terrible game design!

But really, it’s a fantastic game. I expected to beat it within 15 hours, but it had over 3 times that content for me. Overall it’s great, and it can be very challenging if you want it to be. Also, it has fishing. In my experience, every game that has time to add optional fishing stuff to it is going to be a good game.