Her chances were slim, but she couldn’t let that stop her. It was escape or death, and she wasn’t ready to die. The stone golem chasing her, however, was making escape less and less likely.

“Damn this entire forest,” she murmured under her breath. It was as though she had lost all competency in her long rest. She couldn’t even teleport without expending all her energy! And now a single pathetic golem was going to kill her.

Kalthiel kept running, though she was already exhausted. The golem charged through the tree behind her, crashing through the bark and shattering it into splinters, shrapnel flying everywhere. “Nearly impervious to magic,” she huffed, eyeing it for a moment. “Yet dwelling in Verik’s domain. That’s almost blasphemy. How does a construct like you end up in the Feral Vale, anyway?”

But she had no time to consider such questions. Unlike her, the golem had no trouble traversing the terrain. And giant rocks didn’t tire.

Stop the golem. Find the Fountain, she thought. How do you stop a hulking behemoth that is immune to anything you throw at it?

Pulverizing another tree, Kalthiel dodged out of the way. She had no idea what direction the Fountain even was at this point. She could still be a hundred miles away for all she knew. Spinning back around and running in the direction opposite the golem, she grasped the pendant around her neck and whispered a prayer. “Zephirine, guide my path.” 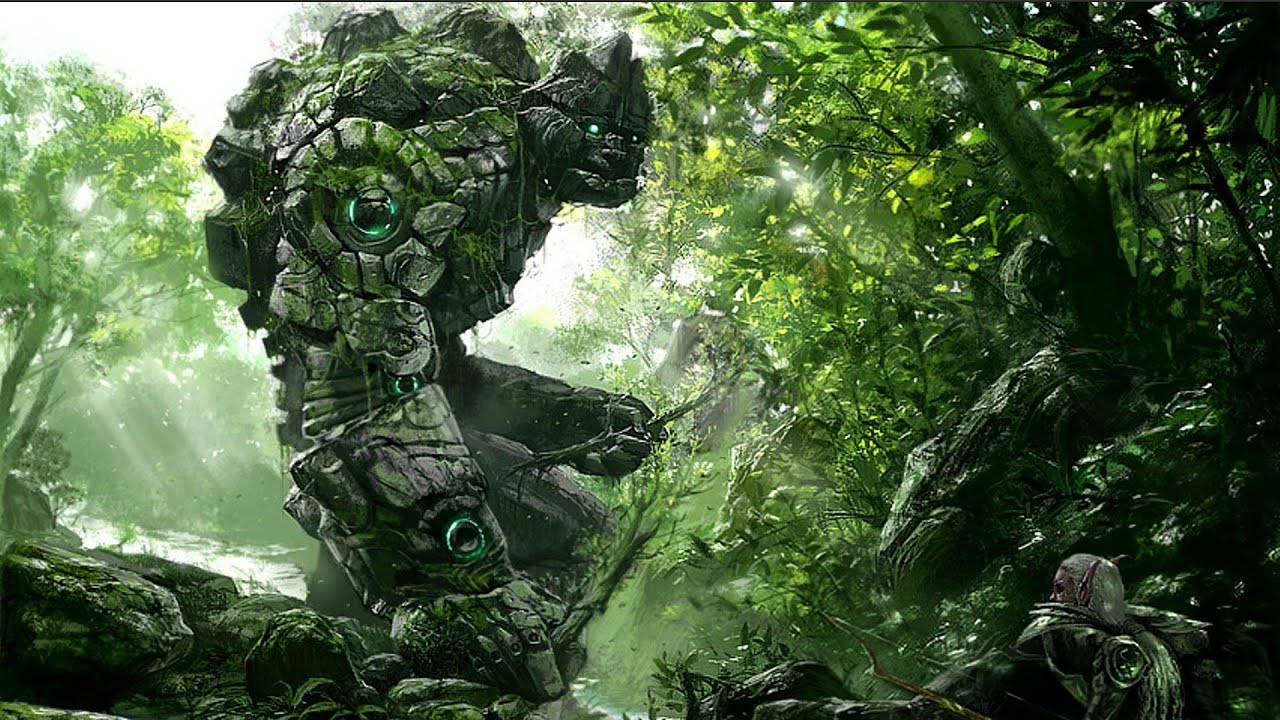 As soon as the golem was able to halt its momentum, it turned to face her once more. How unnatural the creature looked in this wild forest. So rigid and stern. So slow and impervious. Yet she knew with the force it carried, it would only take one strike to end her and all her plans. Ridiculous. How could she be so weak?

It may not be harmed by any spell I throw at it, she pondered. But magic can still affect it indirectly. As it charged again, she prepared to use one last spell. This would be the last of her energy. She would have to rest and hope she arrived in time, lest she encounter anything even more dangerous than a stone golem. It entered within thirty feet of her, and she reversed the gravity in a column ahead.

The golem suddenly started falling up, along with the branches of the surrounding trees and loose leaves and berries. It would only last a minute. She hoped it would be enough, because if it followed her she would die of exhaustion before she could get away. She thought about casting a guidance spell to ensure she traveled in the right direction, but with how tired she already was even that might kill her.

She didn’t even have the energy to run away. Ambling in her best guess at the right direction, she tried to gain as much distance as she possibly could from the golem. Perhaps falling a hundred feet to the ground below would also help slow it down, if it still wished to give chase.

But she had to reach the Fountain. With no guidance, the adventurers would have no direction, and with no direction, there would be no stopping the evils to come. The evils that had awakened her in the first place.