I know that I’ve talked about this before, and honestly will probably again. Sometimes I’m not sure about my career path as a writer. I’ve written two bad books, and am trying to plot a third one, but I’m not excited about it. It’s doomed to fail because if there isn’t enough interesting things about it to interest me as a writer then I’ve already lost. This particularly upsets me because this current book I’m trying to start is one that I’ve had in my head for maybe around six years now, or at least some of the characters have existed that long. It’s just not good enough, though.

But I as a writer and a creator am aware that there will be ups and downs in my career. Heck, I’m willing to accept that right now is an up, because at this moment of my life I believe in my heart that I will succeed with time. Perhaps a day will come when I will lose that confidence. I really have no way of knowing. I can breathe easy knowing that I more than likely have yet to experience seventy percent of my lifespan. I can get away with not knowing what I’m doing with my life for another twenty years, (which is longer than I’ve even experienced anything mind you) and still end up successful at the end of the day. 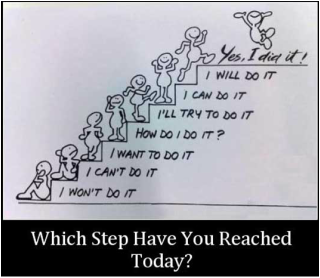 I hate using her as an example because I don’t think she’s half as good as she’s been made out to be, but J.K. Rowling didn’t publish Harry Potter until she was thirty two, and before that she didn’t come up with the idea until seven years prior, when she was twenty five. I myself wouldn’t even want to ever be that famous, but it says to me that wherever I stand now, I’ve got it good. If it takes me seven years to publish a story with a good idea, then perhaps I simply haven’t come up with that idea yet. If Nacre Then is the way I’m meant to go, then I’ve still got a few years to go.

In any case, I think a lot of us struggle with trying to live too fast, and I think that’s where some of my fear stems from. If something isn’t working today, perhaps it’s simply because we have to become different people to make that work. Rushing ahead to the ‘next step’ in life can often be a mistake, but don’t let that stop you from trying if it doesn’t sound like one now. Perhaps what I’m really saying is that if things are meant to be, they will be. You’ll learn from the mistakes you make, and if you don’t make them perhaps you’re smart enough not to have needed to learn in the first place.

Life is weird, and we can often lose track of how long it takes to happen. Last year may not seem like it was that long ago, but when you think about it, so much could have happened between now and then that its almost comical. You could have flown to and spent the day on every country on Earth in the span of one year, and still have almost half the year left over (though you may have to get very used to being on a plane). I’ve never even been outside my own country, yet that seemingly short time span is long enough to encapsulate so much information it would be literally impossible to remember all the new things you’ve experienced, regardless of how intriguing each thing was.

As a side note, I think I’m the only one in my writer’s group that is under the age of thirty five. They’ve lived twice as long as I have and though they’re more experienced than I, we’re all (kind of) in the same boat. Don’t worry about where you are in life now. There is always time for getting to where you want to be.