Skip to content
As a writer, it can sometimes be quite difficult to find the energy and/or presence of mind to actually sit down and just get things done. Most often, I hear about thesethree excuses: not knowing what to write, not having a comfortable work space, or not having enough time. I suffer from all of these at least occasionally, I admit, but there are ways to work around this sort of thing. 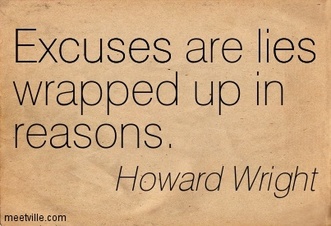 Not knowing what to write is the biggest problem I have been dealing with lately. When writing fiction I’ll often be unsure of where I want the story to go or how best to go about what happens next. For the blog specifically, the topics for General Life posts like this one can be amazingly hard to come up with. I try to write advice for other people in regards to things I wish I knew in the past or ways to make my life better, but in general I don’t think there is really enough to talk about to justify writing these sorts of posts twice a week. I’ve managed to get this far, but not without a lot of willpower. Another huge problem with not knowing what to write is that it makes distractions that much more attractive. If I stop writing for more than fifteen seconds at any one time, the chances of me opening a new tab to a popular corner of Internet Town increases exponentially. I’ve been working on this by forcing myself into these situations and practicing the act of writing whatever comes to mind regardless of what it really is. The best part about this is that even if you don’t know what to write, the brain never stops thinking. If you don’t allow yourself to get distracted, then eventually you’ll come up with enough possible outcomes to find the ‘correct’ one.

Not being comfortable wherever you physically are is another huge obstacle. I struggled with this a lot more in the past, and I think the main way to deal with this is to just find something that works enough to get the job done, and then just make that the norm. Before I had this blog I wouldn’t write because we only had one home computer and my time on it was limited, so I didn’t want to ‘waste’ it when I could be playing so many different games. Now, not having any classes this semester and currently being unemployed, I have a lot of time on my hands, so its much easier to take the time to do this, because I view it not as a past time but as a responsibility. I used to need to go to some cafe outside of home and write on my laptop to eliminate as many possible distractions as possible, but since its too much work to do that every single day, I grew accustomed to writing on my desktop computer.

The excuse that I hear most often regarding anything anyone wants to do is not having enough time. This one is kind of silly because everyone has half an hour worth of free time every day to do something. These posts, for example, very rarely take me over half an hour (unless its actually fiction). Not having time is simply what we say when we really mean “That’s not where my priorities lie”. I could go jogging for several miles every day. I could say I just don’t have the time to exercise that much, but it isn’t true. What I actually mean is that exercise isn’t high enough on my priorities for me to do it consistently. Now, when I say priorities, people tend to think ‘responsibilities’, but that’s not what I’m saying. To be clear, one of my priorities is to log onto World of Warcraft each day and do some daily quests for about twenty minutes. There aren’t any consequences for not doing it, but I currently value it over some other things because its a way to relax. As a side note, maybe your excuse is actually that you do have time, but at the end of your day you’re too physically exhausted to do it. A solution to this could be to try fulfilling that goal earlier in the day, before you’re tired. Maybe you could read a chapter of that book you’ve always wanted to read while you’re eating breakfast before work. That way you can still come home from work and go to sleep immediately, not hating yourself for being too tired to read because you already read today.

All of these apply very strongly to writing, of course, but they are actually just three huge obstacles people place in front of themselves to resist change. If you really want to get in shape, but you never have time, or you’re not comfortable going to a gym, that’s perfectly fine. There are ways to work around that. Don’t let your inner critic throw meaningless excuses for why you can’t accomplish your goals. Prove that critic wrong.